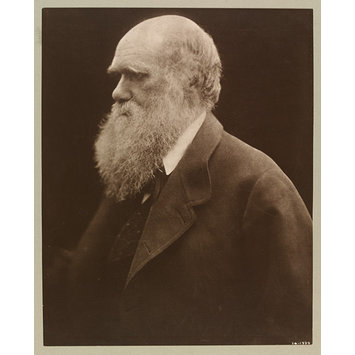 When Julia Margaret Cameron photographed her intellectual heroes such as Alfred Tennyson, Sir John Herschel and Henry Taylor, her aim was to record ‘the greatness of the inner as well as the features of the outer man.’ Another motive was to earn money from prints of the photographs, since her family’s finances were precarious. Within her first year as a photographer she began exhibiting and selling through the London gallery Colnaghi’s. She used autographs to increase the value of some portraits.

The naturalist Charles Darwin and his family rented a cottage on the Isle of Wight from the Camerons in the summer of 1868. By 27 July, Colnaghi’s was advertising, ‘We are glad to observe her gallery of great men enriched by a very fine portrait of Charles Darwin’. Due to the sitter’s celebrity, Cameron later had this portrait reprinted as a more stable carbon print.

A photograph of a bearded man (Charles Darwin) taken in profile from the shoulders up.

The naturalist Charles Darwin and his family rented a cottage on the Isle of Wight from the Camerons in the summer of 1868. By 27 July, Colnaghi’s was advertising, ‘We are glad to observe her gallery of great men enriched by a very fine portrait of Charles Darwin’. Due to the sitter’s celebrity, Cameron later had this portrait reprinted as a more stable carbon print. 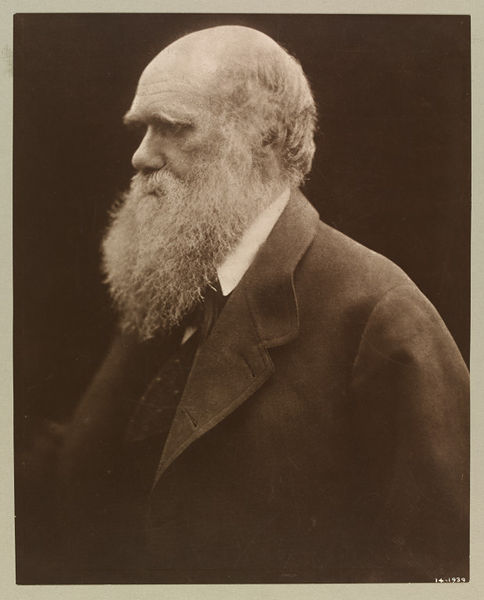