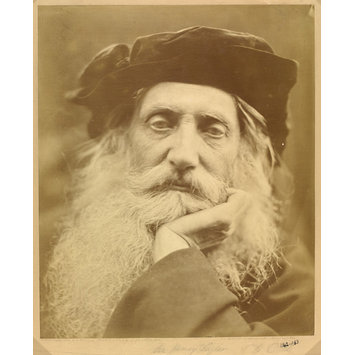 For this portrait of her close friend, the playwright and poet Henry Taylor, Cameron broke from her practice of photographing male heads emerging from darkness. Instead, the sitter’s face fills the frame, while his sleeve and beard flow beyond its confines.

A photograph of a bearded man (Sir Henry Taylor) from the shoulders up. He is wearing a soft fabric cap.

For this portrait of her close friend, the playwright and poet Henry Taylor, Cameron broke from her practice of photographing male heads emerging from darkness. Instead, the sitter’s face fills the frame, while his sleeve and beard flow beyond its confines. 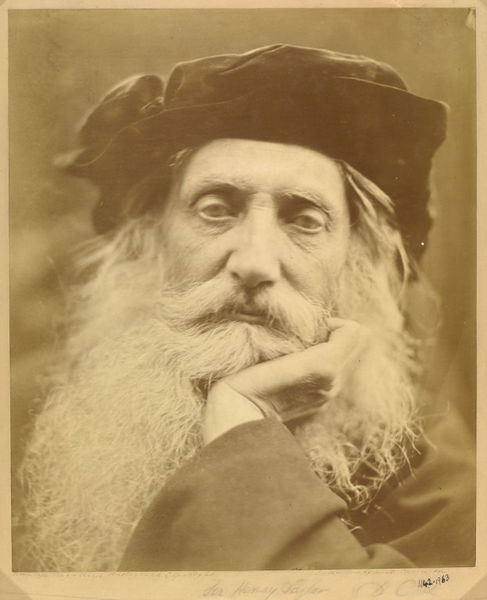