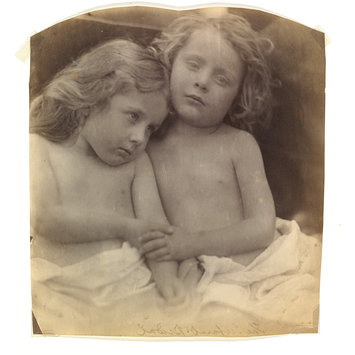 In her compositions, Cameron revelled in the physical intimacy between children. This pair appears wedged into an armchair to keep them still during the long exposure. The boy regards the camera steadily and remains in sharp focus, but the girl has shifted and looks away. The title comes from an 1864 poem by the Irish writer Aubrey de Vere about two infants betrothed to bring peace to warring kingdoms.

A photograph of two children, both bare-chested and seated (Elizabeth Keown and Freddy Gould). One leans her head upon the shoulder of the other and grasps their hand

"The Infant Bridal" in ink bottom centre recto of mount 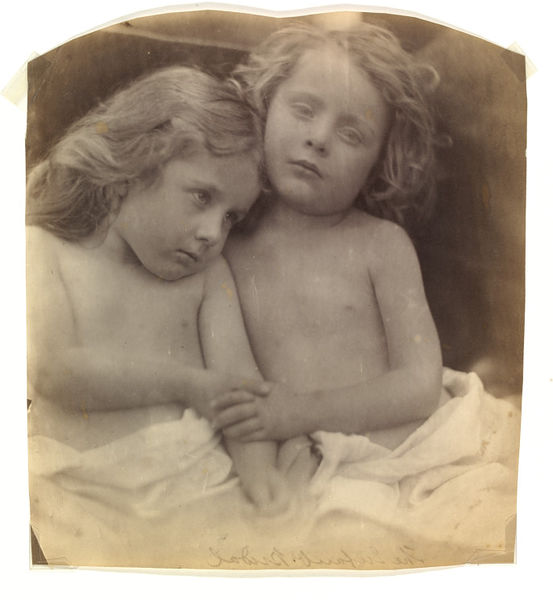