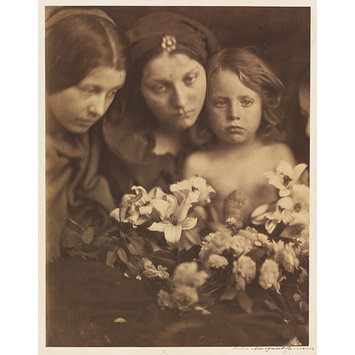 The return "after three days"

The South Kensington Museum (now the Victoria and Albert Museum) purchased many of Cameron's ‘Madonna Groups’ depicting the Virgin Mary and Christ. Her housemaid Mary Hillier posed as the Virgin Mary so often she became known locally as ‘Mary Madonna’.

This is perhaps the closest Cameron ever came to making a still-life. Flowers fill half the frame and are in sharp focus. Although the title refers to a biblical episode featuring the 12-year-old Jesus and his parents, Cameron shows a younger child accompanied by two women, with a third woman just visible at the right edge. Cameron’s interpretations were often far from literal.

A photograph of three women (Mary Kellaway, Mary Hillier and Mary Ryan) and a child (Freddy Gould) surrounding an arrangement of flowers.

The Return “After Three Days”

This is perhaps the closest Cameron ever came to making a still-life. Flowers fill half the frame and are in sharp focus. Although the title refers to a biblical episode featuring the 12-year-old Jesus and his parents, Cameron shows a younger child accompanied by two women, with a third woman just visible at the right edge. Cameron’s interpretations were often far from literal. 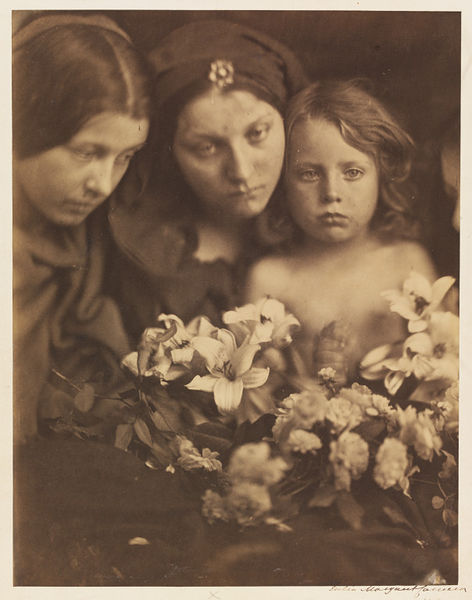