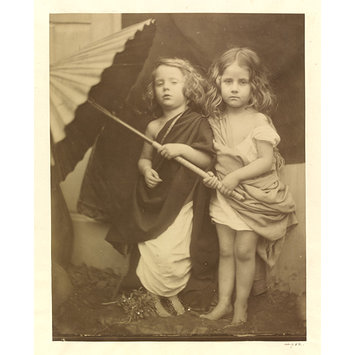 Cameron was not uncritical of her work and strove to improve her skills. She sought the opinion of her mentor, the artist G. F. Watts, though at his insistence she sent him imperfect prints for comment, reserving the more successful ones for potential sale. Cameron also sought advice from the Photographic Society and from Henry Cole, founding director of the South Kensington Museum (now the Victoria and Albert Museum), on combatting the ‘cruel calamity’ of crackling that had ruined some of her ‘most precious negatives’.

This was one of several variations Cameron made illustrating a scene from Jacques Henri Bernardin de Saint Pierre’s tragic romance Paul et Virginie (1787). The novel tells of the ill-fated love of two children (here played by Freddy Gould and Elizabeth Keown) living on the island of Mauritius. The image depicts a passage in which the two are caught in a storm.

Cameron was most satisfied with this version, and made multiple prints of it. Yet she still found fault with Paul’s feet, and scratched into the negative to make them appear slimmer. The writer Anne Thackeray Ritchie called Paul and Virginia ‘an exquisite little pair’. 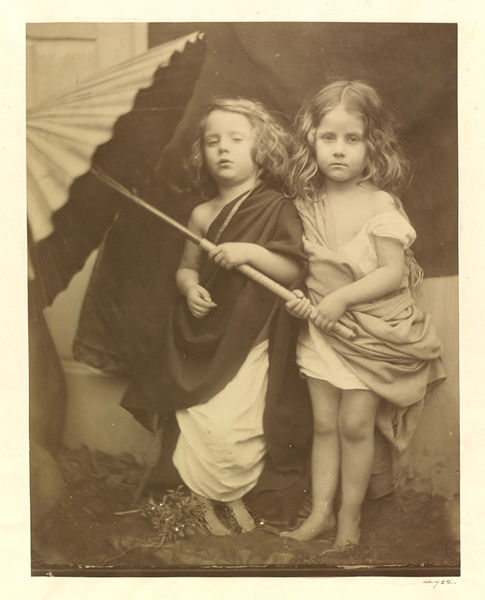