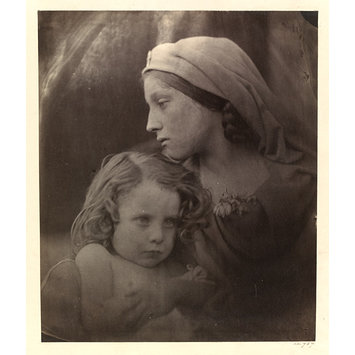 Many of the photographs purchased by the South Kensington Museum (now the Victoria and Albert Museum) from Julia Margaret Cameron were ‘Madonna Groups’ depicting the Virgin Mary and the infant Christ. Her housemaid Mary Hillier posed as the Virgin Mary so often she became known locally as ‘Mary Madonna’.

Like many of her contemporaries, Cameron was a devout Christian. As a mother of six, the motif of the Madonna and child held particular significance for her. In aspiring to make ‘High Art’, Cameron aimed to make photographs that could be uplifting and morally instructive. 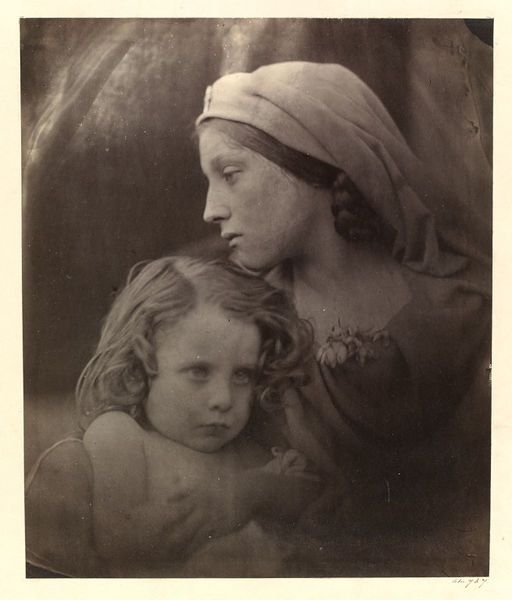