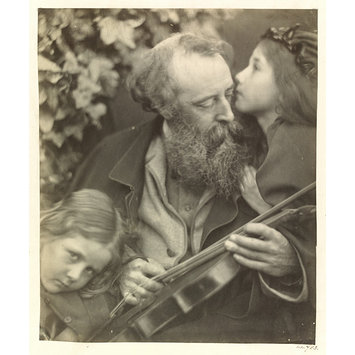 The Whisper of the Muse

A photograph of a bearded man (George Frederic Watts) with violin surrounded by two young children (the sisters Elizabeth and Alice Keown) against a leaf-covered background.

Cameron considered her close friend the painter and
sculptor George Frederick Watts her chief artistic
advisor. Here she transforms Watts into a musician,
making him a symbol of the creative artist rather than
showing him specifically as a painter. Kate Keown, the
girl on the right, whispers inspiration. 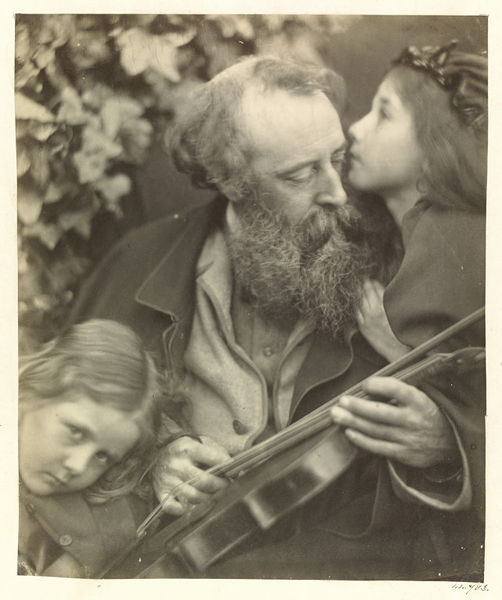