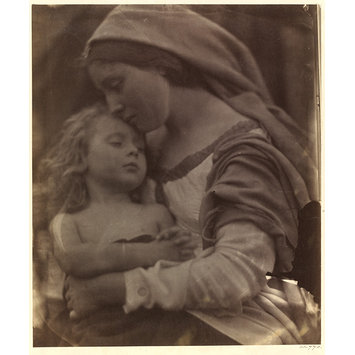 The South Kensington Museum (now the Victoria and Albert Museum) purchased many of Cameron's ‘Madonna Groups’ depicting the Virgin Mary and the infant Christ. Her housemaid Mary Hillier posed as the Virgin Mary so often she became known locally as ‘Mary Madonna’.

Cameron accepted and even embraced irregularities that other photographers would have rejected as technical flaws. A patch of missing collodion, as seen in the lower right corner of this image, was criticised by critics at the time as evidence of ‘slovenly’ technique. These traces of the artist’s hand in Cameron’s prints can now be appreciated for their modernity.

A photograph of a bare-chested child (Freddy Gould) cradled in the arms of a seated woman (Mary Hillier) with draped head. 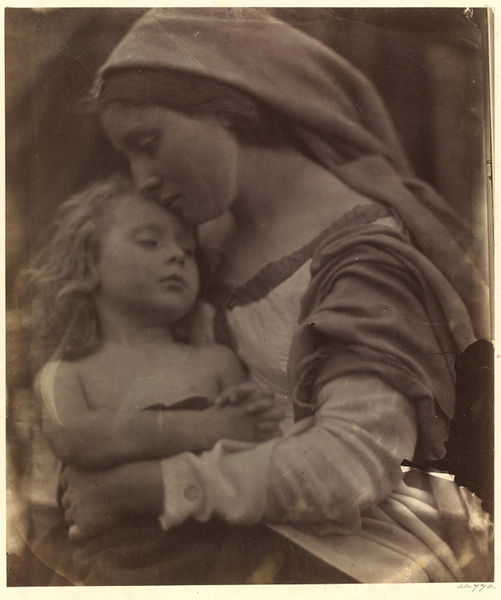