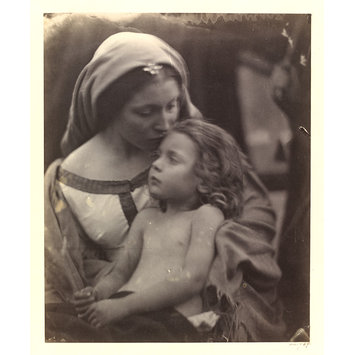 The South Kensington Museum (now the Victoria and Albert Museum) purchased many of Cameron's ‘Madonna Groups’ depicting the Virgin Mary and the infant Christ. Her housemaid Mary Hillier posed as the Virgin Mary so often she became known locally as ‘Mary Madonna’.

A photograph of a woman (Mary Hillier) with draped head and lips pressed against the forehead of a bare-chested child (Freddy Gould) cradled in her arms.

Inscribed "Blessing and Blessed" in pen bottom center of the back of mount. Blind stamped: "SCIENCE & ART DEPARTMENT, NATIONAL LIBRARY" top center back of mount.

In 1842, the British astronomer Sir John Herschel (1792 – 1871) introduced Cameron to photography, sending her examples of the new invention. They had met in 1836 while Cameron was convalescing from an illness in the Cape of Good Hope, South Africa. He remained a life-long friend and correspondent on technical photographic matters. That same year she met Charles Hay Cameron (1795–1880), 20 years her senior, a reformer of Indian law and education. They married in Calcutta in 1838 and she became a prominent hostess in colonial society. A decade later, the Camerons moved to England. By then they had four children; two more were born in England. Several of Cameron’s sisters were already living there, and had established literary, artistic and social connections. The Camerons eventually settled in Freshwater, on the Isle of Wight.
At the age of 48 Cameron received a camera as a gift from her daughter and son-in-law. It was accompanied by the words, ‘It may amuse you, Mother, to try to photograph during your solitude at Freshwater.’ Cameron had compiled albums and even printed photographs before, but her work as a photographer now began in earnest. 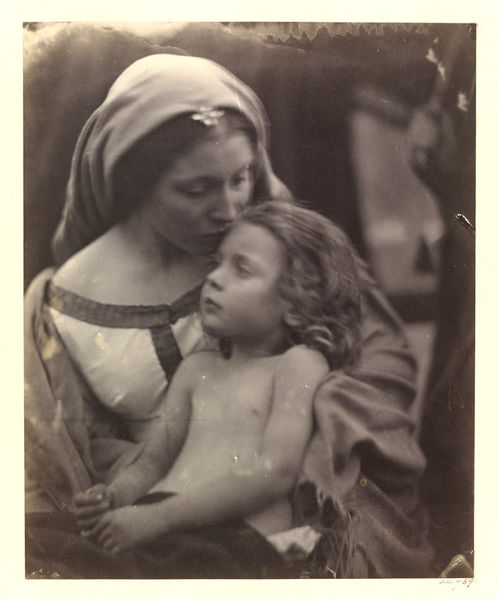