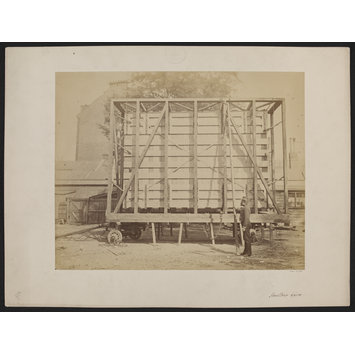 A mounted albumen print of a side view of a cart with wooden crate. A man stands alongside the cart. 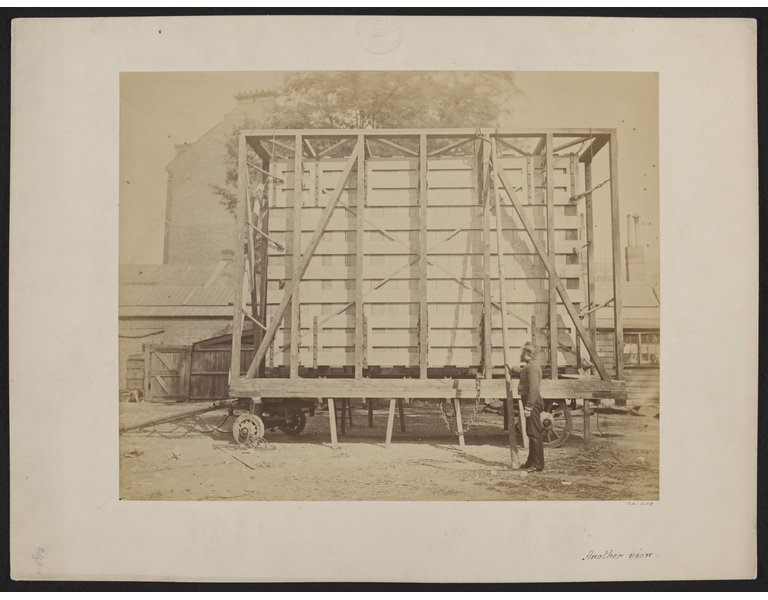