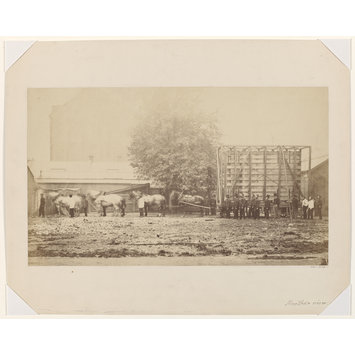 A mounted albumen print of a crate on a cart harnessed to four or more horses. Alongside the crate stand 15 men, some in tophats. Additional men are assembled alongside the horses. 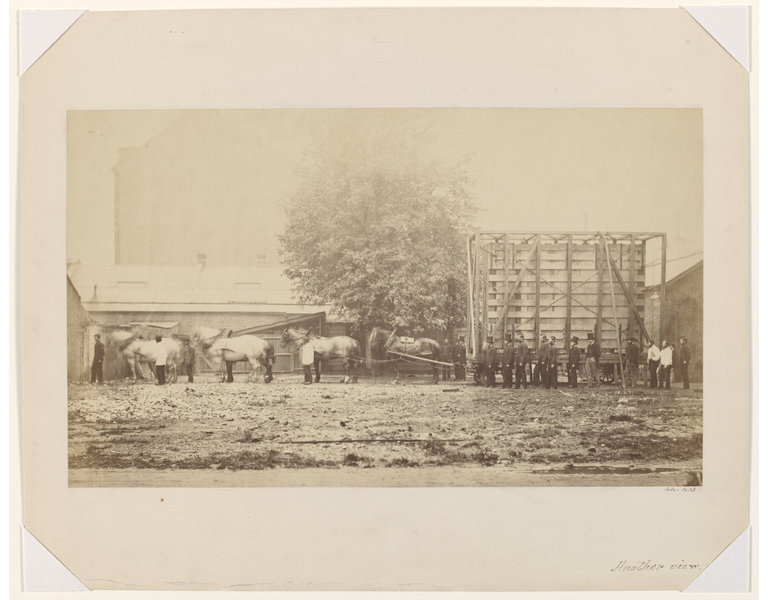