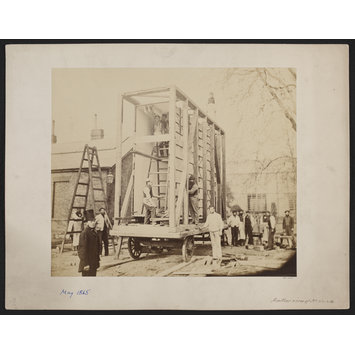 A mounted albumen print of a cart with packing crate with one side of the crate open to reveal a ladder upon which two men are perched. Another two men are on the cart. surrounding the cart are various workmen and another ladder. Wood planks and other debris surround the cart. A building is visible in the background 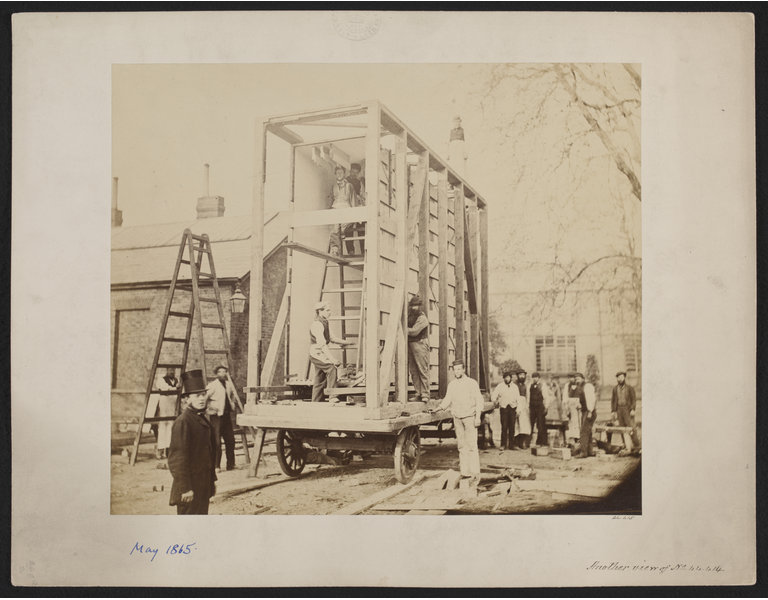