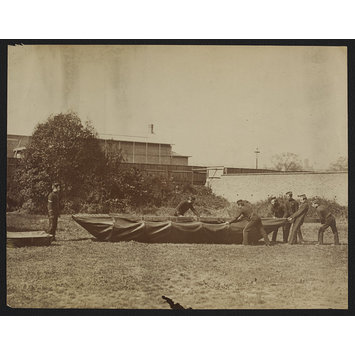 A mounted sepia-coloured photograph of a group of soldiers in uniform assembling a canvas covered pontoon structure with ribs. A collapsed version of one of the pontoons rests nearby. A large tree and fense are visible in the background. 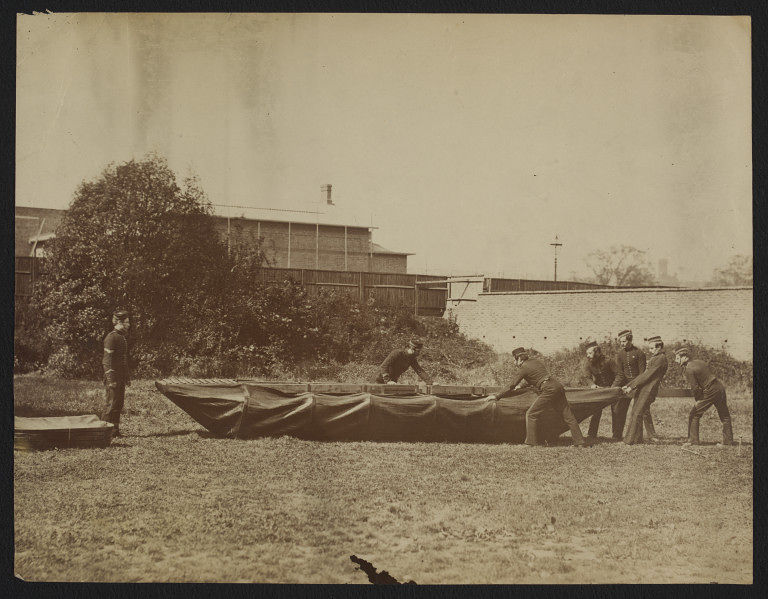