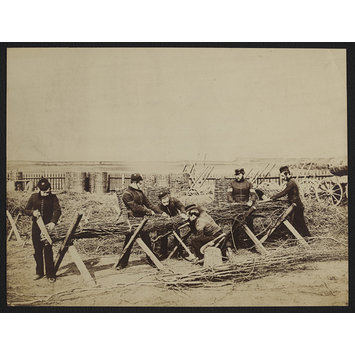 A mounted sepia-coloured photograph of a group of military personel in uniform cutting and binding lengths of wicker resting upon wood supports. 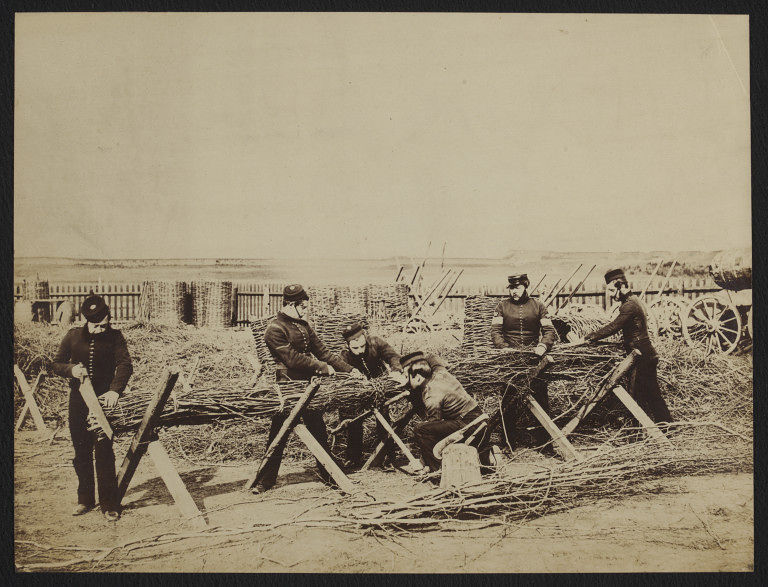