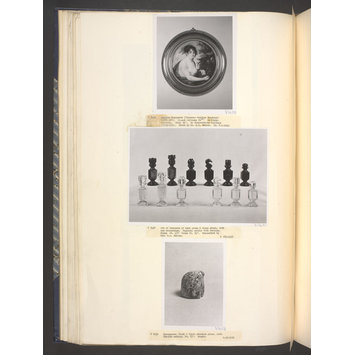 Pauline Bonaparte was the favourite sibling of her elder brother Napoleon, the twice emperor of France. Unlike many of her family, Pauline developed a reputation independently of her brother.

Youth:
Born in 1780 to Marie-Letizia and Carlo Buonaparte, Pauline spent her early years in Ajaccio on Corsica where she received little in the way of formal education. At the age of thirteen she was involved in the Buonaparte's nighttime escape from their home, travelling with her mother and siblings to the French mainland.

Marriage to Victor Leclerc:
Pauline was a famous beauty before even her sixteenth birthday, attracting a legion of admirers and causing her mother and brothers concern. The young Paoletta initially wanted to marry Stanislas Fréron, but her family disagreed; he may have been in Napoleon's employ, but he was also a forty year old syphilitic with a legendary reputation for philandering. Another admirer, Colonel Victor Emmanuel Leclerc, became Pauline's first husband on June 14th 1797 at Napoleon's insistence: he had found them making love in a corner of Milan's Mombello Palace a few weeks before. Nevertheless, marriage proved little impediment to the young Pauline, whose string of lovers and unrestrained promiscuity only added to the allure of her famed looks. Many women throughout history have been slandered by their enemies in such a way, but Pauline Bonaparte was one of the few whose reputation was deserved.

Marriage to Camillo Borghese:
Leclerc was given command of an army in Haiti and Pauline sailed to join him in 1801, but he perished in 1802 and Pauline returned to France on New Years Day 1803. Historians have often puzzled over why Napoleon then declared a ten day period of mourning for Leclerc, a man he wasn't remotely close to. His sister was far less concerned, marrying her second husband within eight months, during the August of 1803. He was Prince Camillo Borghese, one of - if not the - richest men in Italy. Pauline's fidelity remained as absent as ever, once even prompting the Prince to place her under house arrest; it didn't work. Pauline also scandalised some sections of society when she commissioned two sculptures of herself from Florentine artist Canova: she'd posed almost entirely nude.

Personality:
Pauline wasn't simply famous for her physical appetites, but also for her broader love of sensual and material pursuits: she has an enormous wardrobe, attended party after party and prompted vast amounts of gossip from France's upper classes. She acted in an impulsive and often childlike way, and it's not unfair to say she often seemed to inhabit a dreamlike world of her own. In contrast to her mother, Pauline exhibited little in the way of maternal instinct: when her only child by Leclerc - Dermide, born in 1798 - died aged 8, she was nowhere near his deathbed. The incident is notable because Napoleon worked to obscure the events, instead presenting Pauline in a more flattering, or at least imperial, light. Indeed, Napoleon produced plenty of propaganda aimed at defending her.

However, Pauline wasn't a political climber or a power-hungry schemer like others who surrounded Napoleon and, although she still received considerable gifts from him, the Emperor treated Pauline less lavishly than other siblings. Quite how much this has to do with her treatment of the Duchy of Guantalla, which Napoleon gifted to Pauline and she promptly sold to Parma for six million francs, is unclear.

Later Life:
Hitherto unseen aspects of Pauline's character emerged after Napoleon's first abdication. She quickly and efficiently transformed her assets - which included a fabulous range of jewelry - into cash before travelling to stay with Napoleon on Elba; she was the only one of his siblings to even visit him. There, she spent money on improving her brother's lot, ran his 'court' and urged him to make a return to power. Such behaviour was in marked contrast to Napoleon's brothers whose actions are often deemed as treachery and betrayal.

After the 100 Days Pauline traveled to stay with her mother in Italy, before attempting to move into the Palazzo Borghese, family home of her husband; he promptly ended the marriage, and Pauline moved to a property she purchased with her personal wealth near Rome. By now she was suffering from a series of illnesses and, although she remained concerned about Napoleon, she was unable to visit him. True to character, she maintained a lifestyle of parties and lovers, but declined in health, dying of cancer in 1825, aged only 44. The details of her death make an interesting summary of her person: she died in her best dress, asked to be buried in the Borghese family chapel amongst popes - she had been reconciled with her husband towards the end - but also left bequests to every single member of her large family. 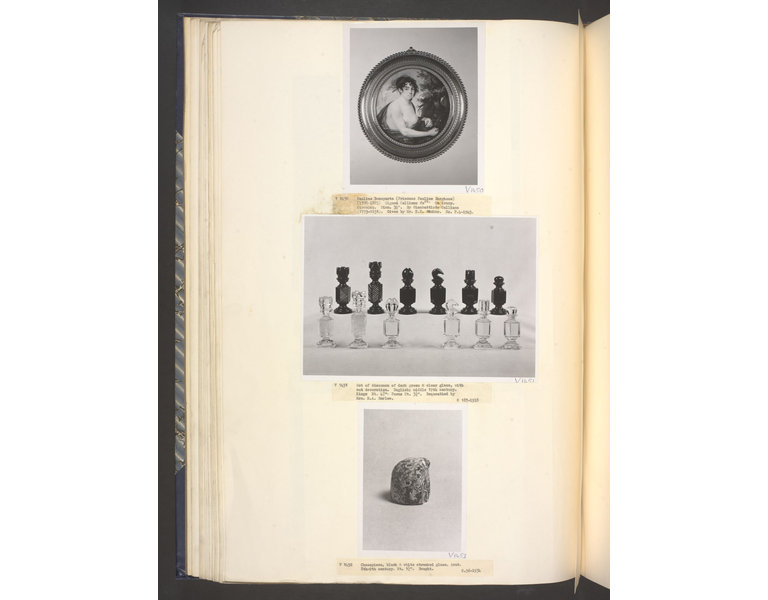