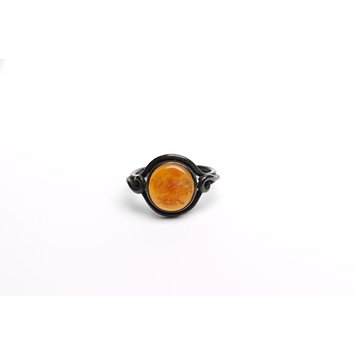 Wolf and ibex or goat

The art of engraving gemstones can be traced back to ancient Greece in the 8th century BC and earlier. Techniques passed down to the Egyptians and then to the Romans. There were major revivals of interest in engraved gems in Europe during the Byantine era, the Middle Ages, the Renaissance, and again in the 18th and 19th centuries. At each stage cameos and intaglios, these skillful carvings on a minute scale, were much prized and collected, sometimes as symbols of power mounted in jewelled settings, sometimes as small objects for private devotion or enjoyment. This intaglio seal stone, dating from the second or third century after the birth of Christ, was made in the eastern part of the Roman empire, probably in modern-day Iraq. Hunting was an important part of life, depicted on silver vessels as well as engraved gems. Subjects such as men fighting animals or, as here, beasts preying on each other, were popular.

Ex Waterton Collection. Edmund Waterton (1830-87) is referred to as one of a group of 'pioneer collectors' by Diana Scarisbrick, 'C.D.E. Fortnum as a collector of rings and gems', C.D.E. Fortnum and the collecting and study of applied arts and sculpture in Victorian England, Ed: Ben Thomas and Timothy Wilson, 1999. His collection of approximately 760 rings, formed with the aim of illustrating the history of rings of all period and types, was acquired by the Museum in 1871 and 1899. Waterton, in 1868 'of Walton Castle, near Wakefield, in the county of York, but now residing at Ostend in the Kingdom of Belgium', got into financial difficulties, and was later to be declared bankrupt. The collection of rings was held as security against a loan by the jeweller Robert Phillips for two years from March of that year. The loan was to be repaid by Waterton by March 1870, but the deadline was not met. Phillips having first contacted the Museum regarding the possible purchase of the rings in 1869, the purchase was recommended by the Board of the Museum in a minute of 20 April 1871. The majority of the rings are held in Metalwork Section, a small number in Sculpture Section.

Historical significance: Professor Sir John Boardman, who examined this gem in 2009, is of the opinion that it is early Sassanian, second or third century AD. It can be compared with Martin Henig, Classical Gems. Ancient and Modern Intaglios and Cameos in the Fitzwilliam Museum, Cambridge, 1994, nos. 440-2, pp. 198-9.

Intaglio, circular carnelian, set in silver-gilt ring, depicting a wolf leaping over an ibex or goat, Sassanian (Iraq), about 150-250 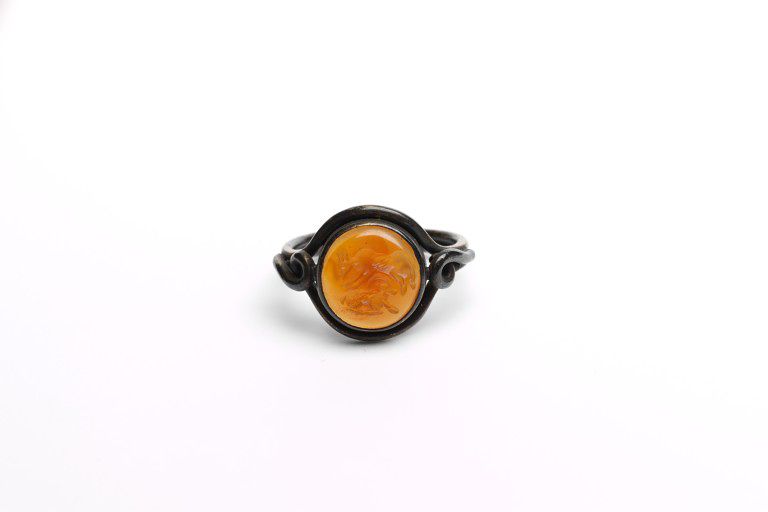