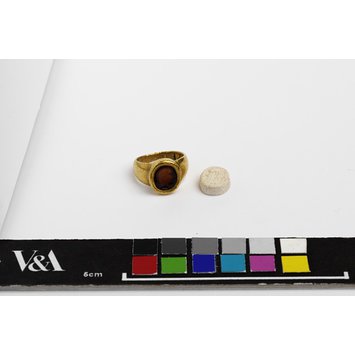 Head of a Roman emperor

The art of engraving gemstones can be traced back to ancient Greece in the 8th century BC and earlier. Techniques passed down to the Egyptians and then to the Romans. There were major revivals of interest in engraved gems in Europe during the Byantine era, the Middle Ages, the Renaissance, and again in the 18th and 19th centuries. At each stage cameos and intaglios, these skillful carvings on a minute scale, were much prized and collected, sometimes as symbols of power mounted in jewelled settings, sometimes as small objects for private devotion or enjoyment. This tiny intaglio depicts the head of a Roman emperor, possibly Tiberius or Drusus. It dates from the early years of the first century of the Christian era.

Historical significance: Waterton, in his manuscript catalogue of his collection Dactyliotheca, suggests and cites others such as King who have suggested, that such a small ring may have been too small even for a child, but could have decorated the statuette of a household god.

List of Objects in the Art Division, South Kensington, Acquired During the Year 1871, Arranged According to the Dates of Acquisition. London: Printed by George E. Eyre and William Spottiswoode for H.M.S.O., p. 38
Machell Cox, E., Victoria & Albert Museum Catalogue of Engraved Gems. London, Typescript, 1935, Part 1, p. 57
Edmund Waterton, Dactyliotheca Watertoniana: a descriptive catalogue of the finger-rings in the collection of Mrs. Waterton, (manuscript), written at Walton Castle, 1866, possibly that at top of p. 68 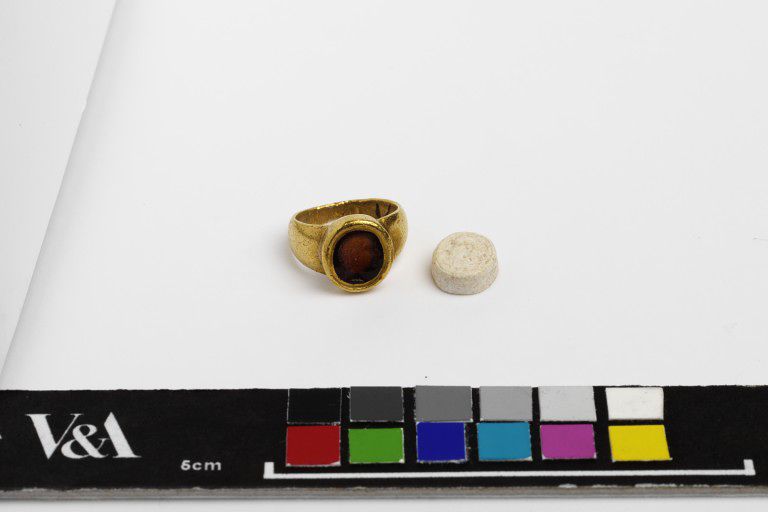