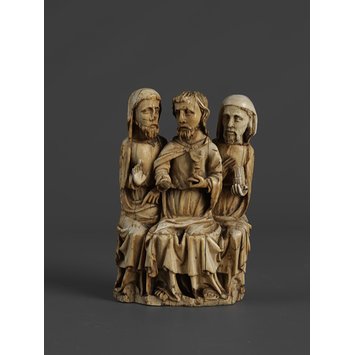 This ivory group representing Christ between two Apostles, is made in northern France or Mosan in the second half of the fourteenth century. It must have come from the centre of a Last Supper.
This group was formerly thought to form part of a large ensemble of forgeries, mainly comprising small groups including this object and purporting to be from retables with scenes of the Passion of Christ.

The bearded Christ is shown seated between two apostles, the appliqué group once forming the Centre of a Last Supper scene made up of several reliefs. He holds a chalice in his left hand and wears a mantle over his shoulders fastened with a small lozenge-shaped brooch or agrafe at his chest, and his bare feet are exposed below his gown. The apostle to the left points downwards with his left hand; that on the right raises his right hand to his chest.

France (northern France or Mosan, made)

second half fourteenth century (made)

This group forms was formerly thought to be part of a large ensemble of forgeries, mainly comprising small groups purporting to be from retables with scenes of the Passion of Christ. But this is now dismissed.

Group, ivory, Christ between two Apostles, Northern France or Mosan, second half of the 14th century 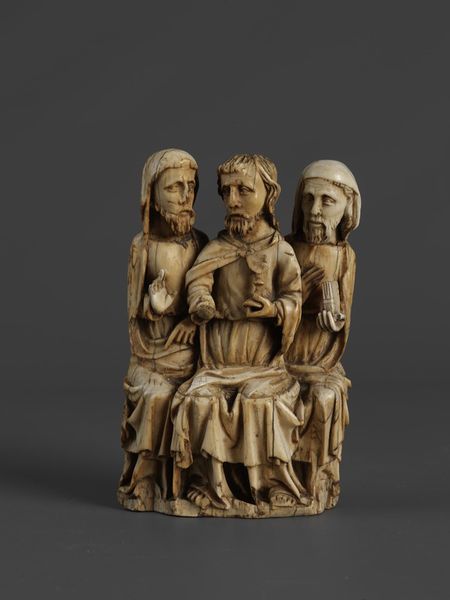