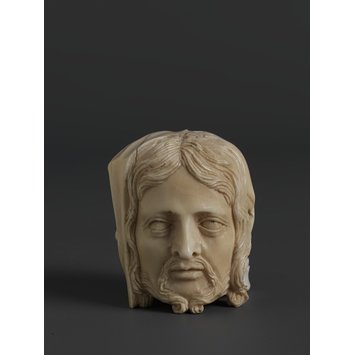 This is an ivory memento mori, depicting a male head, a female head, and a skull conjoined. First this bead appears to have be made in the first half of the 16th century, but is made in the 19th century in France, probably Paris.
This sculpture is not, and has never been a pendant. It was thus presented as a curio, a single sculpture to be turned in the hand of a kind of anachronistic to devotional practice in the first half of the sixteenth century.
When first displayed in 1862, and at the time of the acquisition, the ivory was attributed to Alessandro Algardi (1598-1654), a telling adscription no doubt predicated on the piece's Italianate, post-Mannerist, realism.

Bead from a chaplet or rosary, carved ivory, depicting a male head, a female head, and a skull conjoined.

first half 19th century (made)

Memento Mori, bead from a chaplet or rosary, carved ivory, probably French (Paris?), first half of the nineteenth century

formerly thought to be of the 16th century 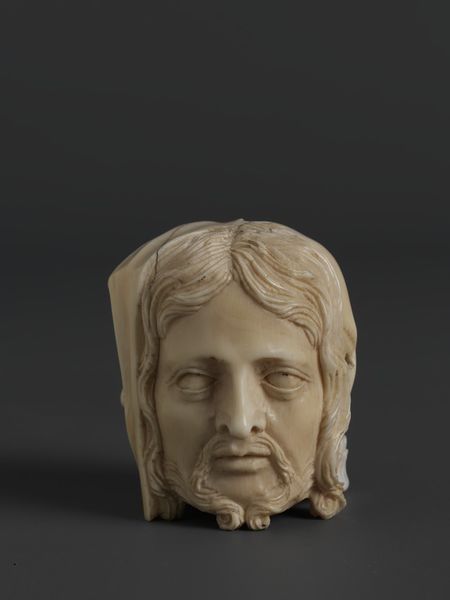