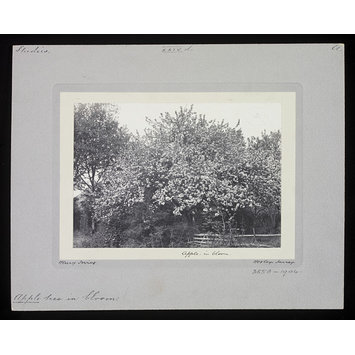 Black and white photograph of a tree, mounted on cardboard with inscriptions 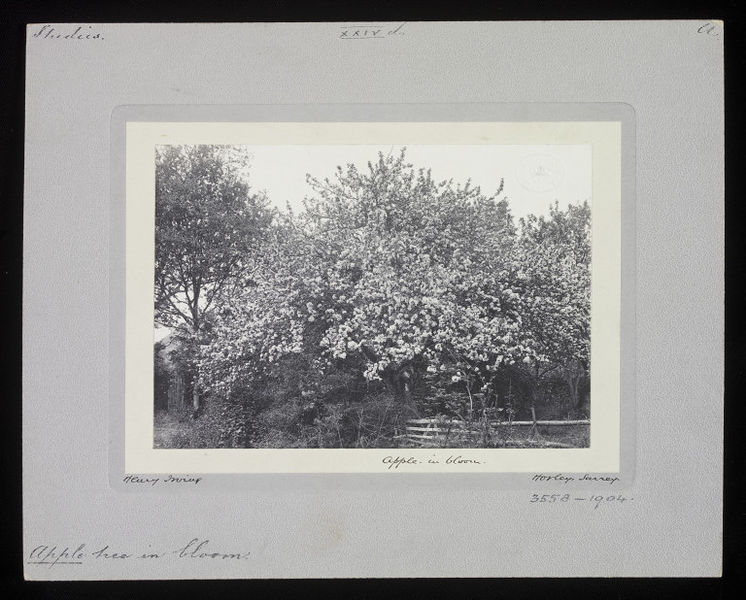