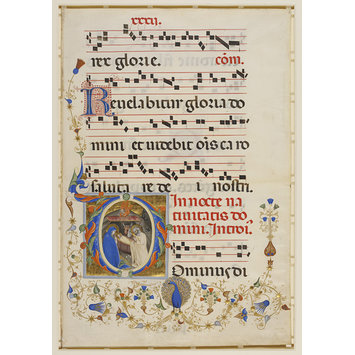 Leaf with a 2-line historiated initial D with Nativity; border decorated with floral motifs and a peacock. This initial introduces the first Mass for Christmas morning.
Rubric: In Nocte Nativitatis domini, Introitus. Dominus di/[xit ad me Filius meus], Introit for the first Mass for Christmas morning
6 lines of music (staves of 4 red lines, 37 mm); square notation
Original foliation in red ink at the top of the page: XXXII

Convent of Santa Maria degli Angeli (made)
Florence (made)
Italy (made)

Made in Florence at the convent of Santa Maria degli Angeli, for San Michele a Murano in Venice. Bought before 1863 when it was transferred from the Art Museum.
A duplicate number MS.966 was assigned to this object in error and was subsequently cancelled.

Leaf with historiated initial D showing the Nativity, from a Gradual for the Camaldolese monastery of San Michele a Murano, Italy (Florence), 1392-1399. 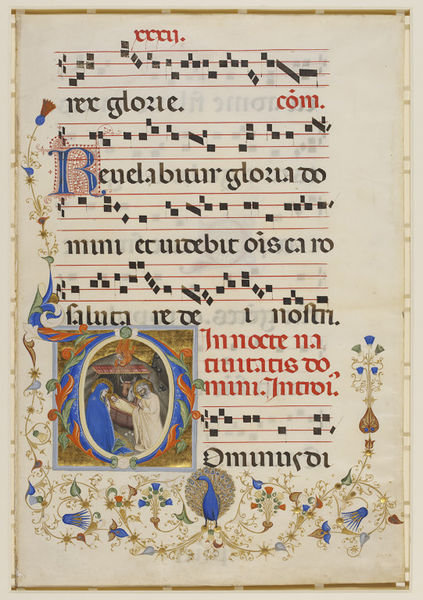