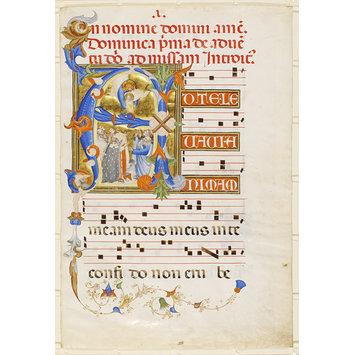 Leaf with historiated initial A with God the Father presenting Christi Child to a group of saints, including one pope, two monks. This initial introduces the Mass for the First Sunday of Advent.
Rubric In nomine Domini Amen. Dominica Prima de Adventu Domini ad Missam, Introitus. Ad te levavi
5 lines of music (Staves of 4 red lines, 37 mm) and text; square notation.
Original foliation in red at the top of the page: I.

Made in Florence at the convent of Santa Maria degli Angeli, for San Michele a Murano in Venice. Bought before 1874 when it was transferred from the Art Museum.
A duplicate number MS.964 was assigned to this object in error and was subsequently cancelled.

Leaf with historiated initial A showing God the Father presenting Christ to a group of saints, from a Gradual for the Camaldolese monastery of San Michele a Murano, Italy (Florence), 1392-1399. 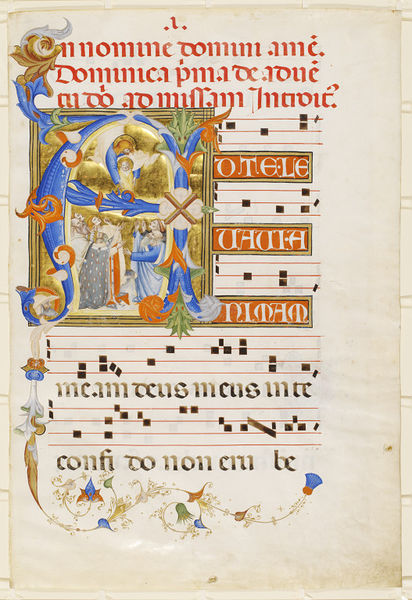