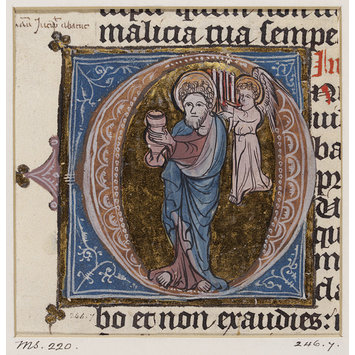 Cutting from the Hastière Bible

Historiated initial O showing Habakkuk carrying a jug and an angel with a portable organ behind him, on burnished gold ground. Habakkuk was ordered by the angel to deliver a jug of stew to Daniel in the lions’ den.
This initial marks the beginning of the Book of Habakkuk, starting 'Onus quod vidit Abacuc propheta...'.
Instructions to the illuminator in the margin to the left.

Southern Netherlands (made)
Namur (probably made near Namur, made)

Cutting with historiated initial O showing Habakkuk, from the Hastière Bible, Southern Netherlands, 14th century.
A duplicate number MS.220 was assigned to this object in error and was subsequently cancelled. 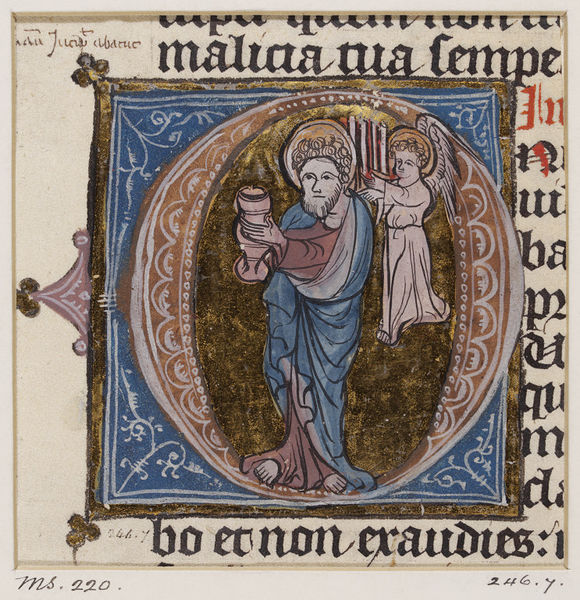