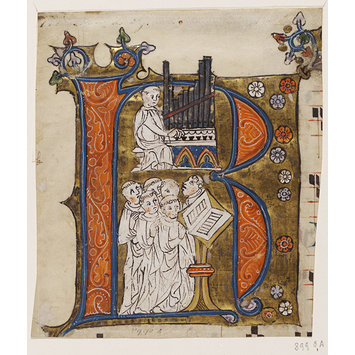 Historiated initial from a Cistercian Gradual

Initial R in red with a blue border with six Cistercian monks singing at a lectern. Above them another monk plays an organ. All on burnished gold ground.
Other side: Text too generic to be identified.
‘…leyson. Kyri
[…]eyson. Gloria. Gloria.
[…]yrie. In duplicibus [maioribus written above this rubric] 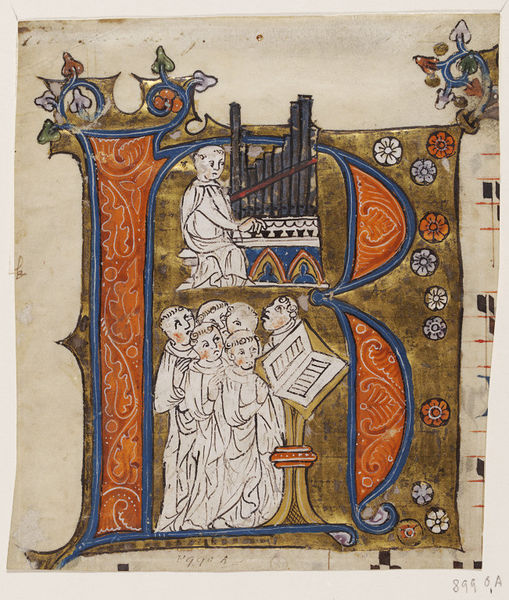