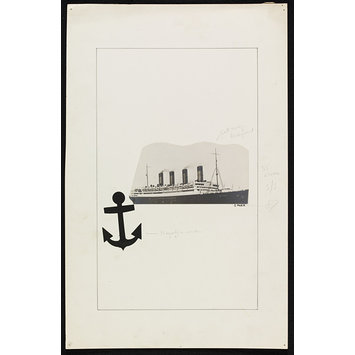 This design shows work-in-progress for the design for an advertisement which is on tracing paper (museum number E.3747.2-2004). This design was made by Edward McKnight Kauffer for Shell Mex and British Petroleum (B.P.) Ltd. It was one of the designs for the advertising campaign for 'Shell Oil' in 1934.

Collage of a photograph of the ship Aquitania cut out of a larger photograph and with a wavy top beneath which is a painted anchor in black. The design is within a drawn rectangle and is annotated with technical instructions and it is on a piece of card.

pencil and bodycolour and collage on card 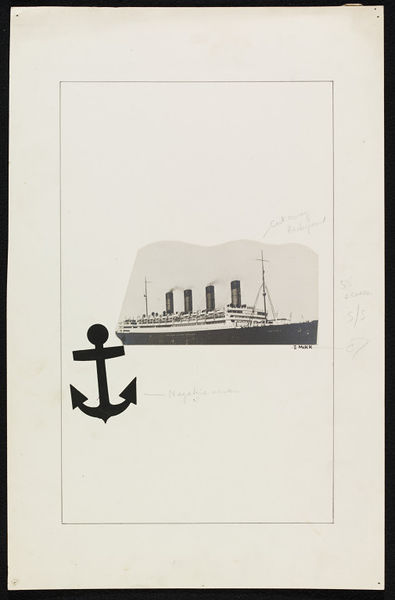