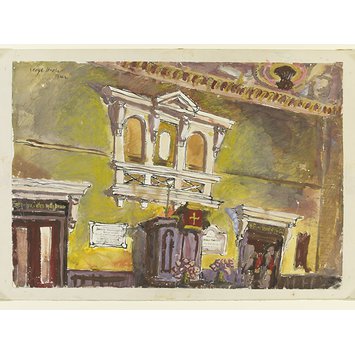 Watercolour; signed and dated. View of the interior of the Presbyterian Unitarian Chapel on Hospital Street in Nantwich, showing the pulpit. 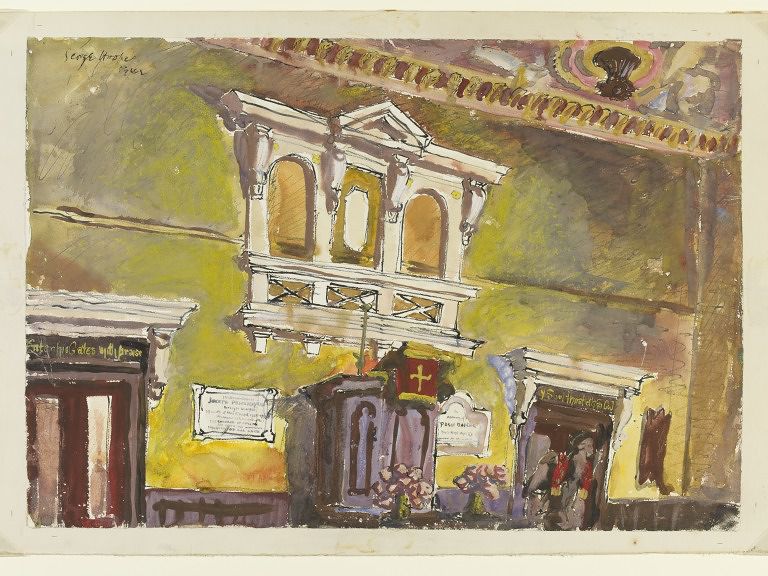