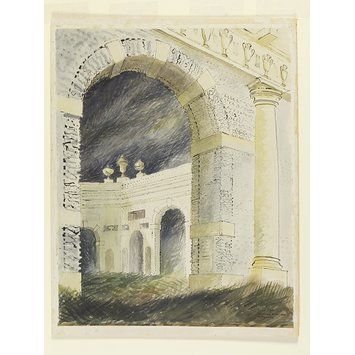 Watercolour; signed and titled. View of the Mausoleum in West Wycombe Park 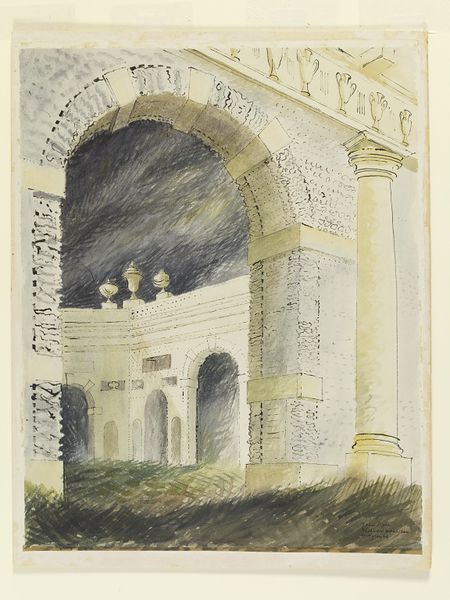